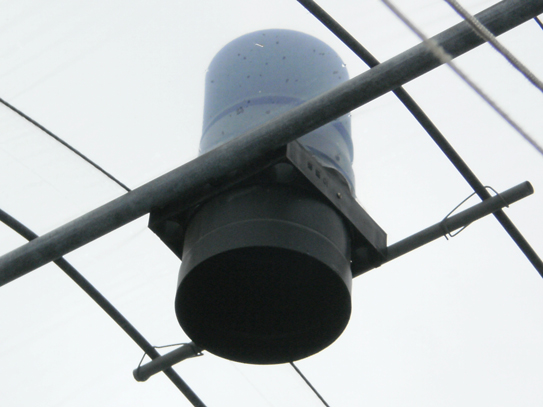 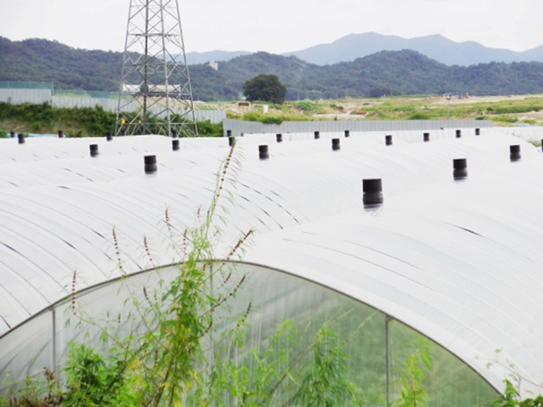 The ventilator on the top of the fan discharges the hot air inside the greenhouse through wind power and convection. 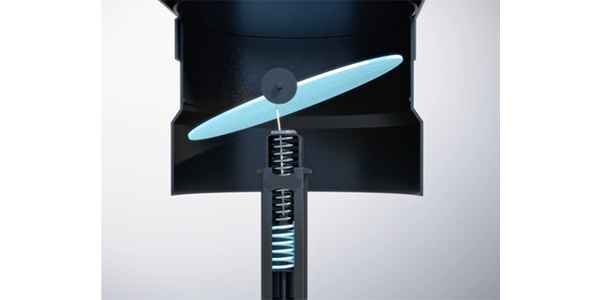 The opening/closing unit inside the lower body of the fan is connected to the shape memory spring, so it opens and closes automatically according to the temperature change. 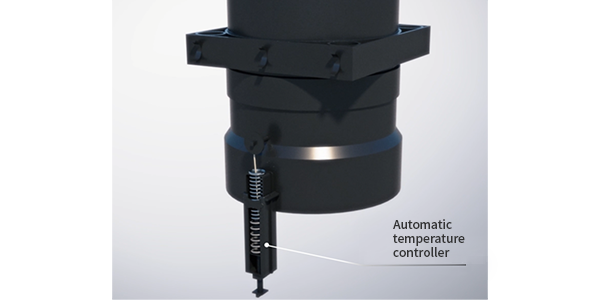 The opening/closing unit inside the lower body of the fan is connected to the shape memory spring, so it opens and closes automatically according to the temperature change 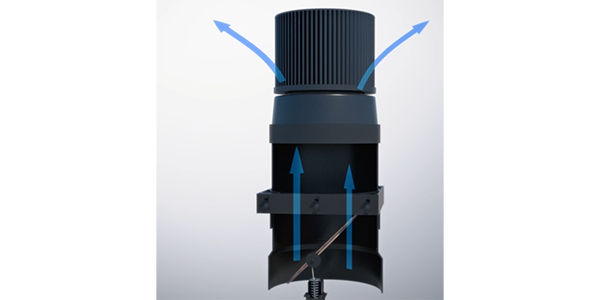 Hot air is discharged by convection, helping the crops to grow evenly.

Hot air is discharged by convection, helping the crops to grow evenly. 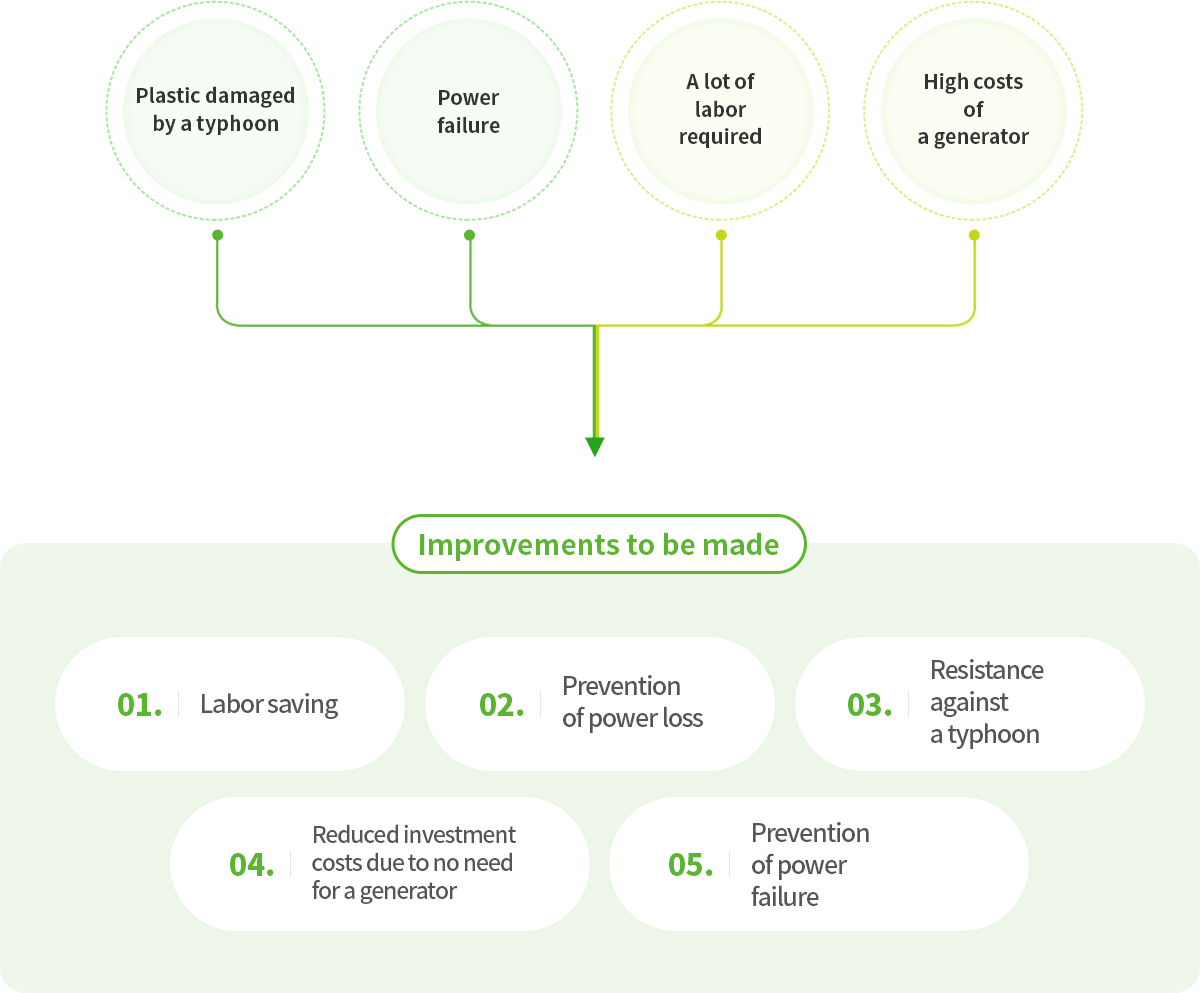 Comparison with the existing system

How to Install the Non-powered Fan 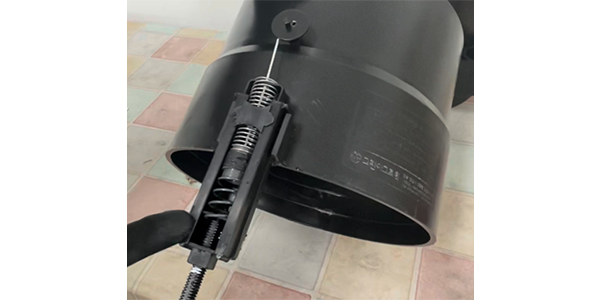 1. Calibrate using the white scale of the regulator as shown in the picture. 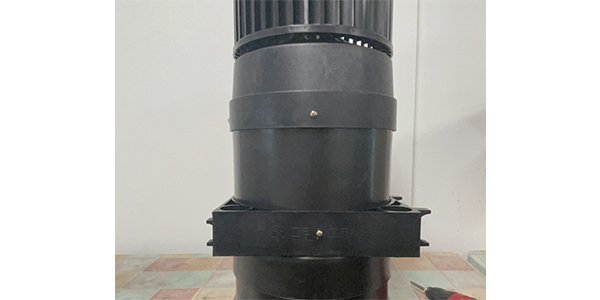 2. Fix the body of the regulator with the piece 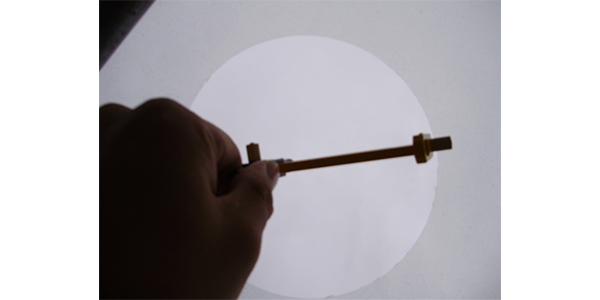 3. Make a hole of approx. 15 cm in diameter in the greenhouse 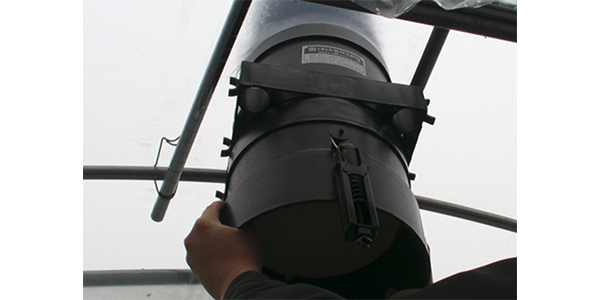 4. Insert the fan into the hole. 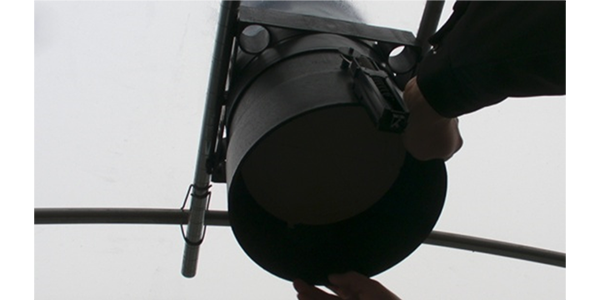 5. Fix it using the auxiliary pipe

Installation Examples of the Non-powered Fan 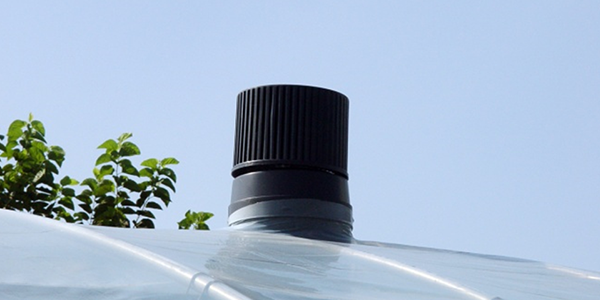 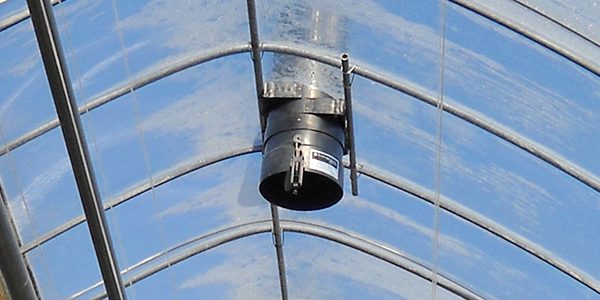 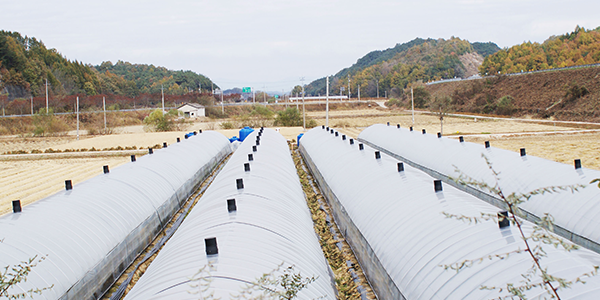 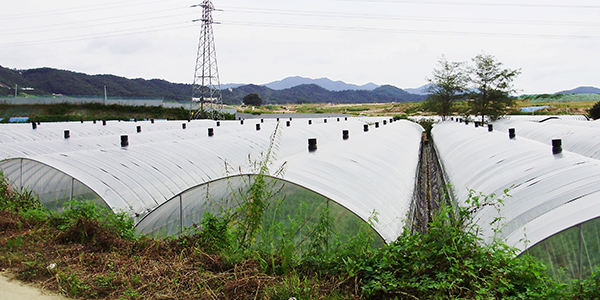 Features of the Non-powered Fan

Prevention of plastic damage during a typhoon

During a typhoon, the rotation speed of the upper fan of the system is increased to 300-800 rotations per minute, and the strong wind increases resistance to prevent damage to the plastic.

The hot air in a greenhouse is continuously discharged to prevent damage from high temperatures.

Prevention of damage to a greenhouse caused by a typhoon

The non-powered automatic temperature control fan increases the rotation speed per minute (RPM) of the fan to 1300, and thus one non-powered fan can generate ½ horsepower of an electric motor. Based on this principle, the opening unit of the non-powered fan is automatically opened by the wind, and the air inside a greenhouse is discharged to the outside at a high speed. Therefore, the fan prevents a greenhouse from being lifted due to low resistance and thus prevents damage to the plastic. 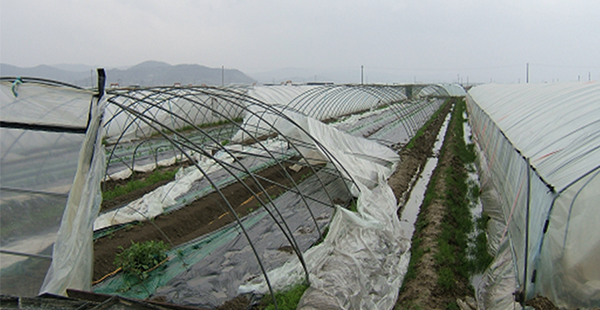 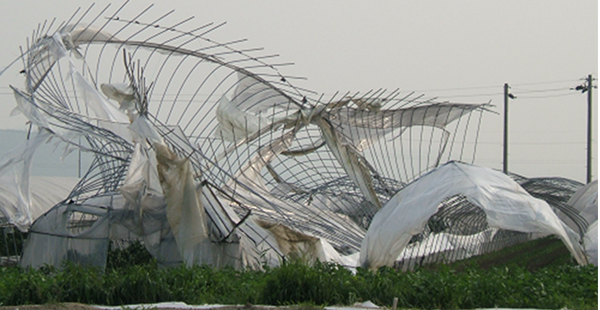 Damage to crops and greenhouse plastic
caused by a typhoon

Comparison of damage caused by Typhoon Bolaven in 2012

Heating of a greenhouse in winter

With the non-powered fan installed in a greenhouse, even if the temperature of the greenhouse is lowered by 4-5°C, bacterial diseases that spread at low temperature and high humidity do not occur easily, which can save heating costs by 30-50% in winter.

Maintaining temperature of a greenhouse in summer

In summer it is very hard to maintain ideal temperatures in a greenhouse, so various cooling devices are used, which may cause an increased economic burden. If the non-powered fan is installed, however, the temperature felt by crops decreases by 6-7℃, so the harvest period is extended by 10-30 days.

Expected results of introducing the fan

Unique benefits of introducing the fan

· In winter, no frost falls in a greenhouse with a fan installed due to the airflow at appropriate temperatures.
· There is no sudden temperature change caused by automatic opening/closing, so ventilation can be performed without affecting the crops.